On Tuesday, the 3rd of October, at 5 pm, we would like to invite you to the vernissage of exhibition presenting unique photos of Frida Kahlo and Diego Rivera. 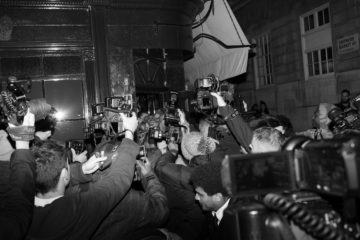 Zuza Kolska (1991-2014), a graduate from the University of Westminster, where in 2014 she won her BA title in Contemporary Media Practise at the Faculty of Media, Arts and Design.

“Mystery of the film set”. “Miracle of the picture revived”. Those two are best when seen together. On those exhibitions we show technical secrets of film making from the cinema early years to modern times. Exhibitions include devices typical of film sets, giving the visitors an idea of what work on